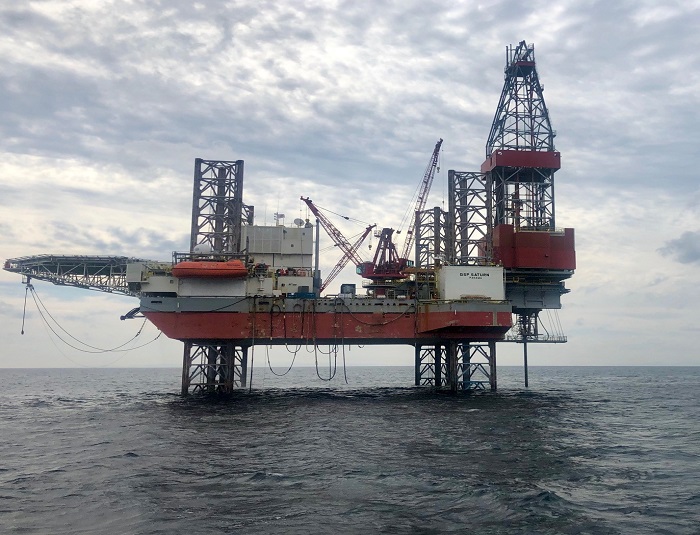 Six years of uncertainties and volatile crude oil prices had exhausted important internal resources of the - once “proud and prosperous” - Oil and Gas (O&G) industry, even before the 2020 COVID -19 outbreak. Demand contraction, corroborated with unexpected challenges, has pushed offshore Exploration & Production players into a frantic trade-off race between short-term reduction of spending and long-term investment. Flexibility and painful cost cuts, while crossing the pandemic storm, appear to be key in preparing the offshore O&G companies for what could be the new normal.

A closer view of the industry reveals concerns that will extend over the next 3-5 years:
We may remember a “rule of thumb” saying that Real Estate markets tend to react slower to socioeconomic changes. This is not the case with the O&G industry, where the traded oil price is highly
sensitive to geo-political events flashed across the globe.

It is like “Mighty King Barrel” is looking to the “Breaking News” on TV… (“Scientist assassinated in Iran”… tensions grow, demand drops, oversupply…crude price goes down …. “Winner of the US elections confirmed (?!)”, sending prices up, and so on.

How have these geo-political events influenced the evolution of crude price? It’s as ambiguous and confusing as ever: starting from just shy of $20 per barrel at the end of Q1 2020, the price of crude oil sank down for the first ever into the negative area on 20/21 April, recovering to $48-$49 at the beginning of December 2020.

The offshore drilling rig market is low volume, with very few and sporadic transactions on a constantly decreasing trend. The ratio of sales to the number of rigs today – with a global fleet of around 1,100 units - is much lower than in the mid-eighties, when only 300 rigs coexisted.

Offshore rig valuations have never been simple or easy and the few examples above are just a sample of difficulties Valuers are confronted with. Of course, the traditional approaches remain more or less the same, but the context requires deeper analysis and interpretation.

The Market Comparable Approach would be the ideal way to estimate the MV of a jack-up. But this is a low volume market with hard to find comparables, even taking into consideration all active offers, new build contracts, the minuscule number of transactions and scrap-sales. Going down to the very roots of valuation, terms used in the Definition of Market Value, such as “willing buyer” and “willing seller” require careful interpretation, given the oversupply of marketed rigs and the small number of transactions, assumed “without compulsion”.

This raises some questions marks, as actual sale conditions are rarely disclosed in full and most transactions assumed without compulsion, in fact, took place on distressed bases, the result being that extrapolating “Comparable” values outside that context is hardly relevant for the whole market segment.

But this is not all. Modern jack-ups are nowadays built in a less standardized manner than before, with constructive specifications having a major impact on values. Even when two “Comparable” rigs have been built under the same basic design-type, their values will not be the same due to their individual operational conditions, optional outfit, equipment, upgrades, etc.

And, to make things worse, the quick market response to external changes induces more valuation challenges. In a recent chat I had with an offshore rig Valuer, he referred to the fact that, in less than 48 hours, the price of a “Comparable” used in his calculation was discounted by 15%: “I was feeling like in that movie – THE WALK – making my way on tightrope between two skyscrapers in New York…”

In conclusion, valuation by way of Market Approach, relies on a small number of transactions, quickly changing prices, “assumed without compulsion” and referring to jack-ups of similar design-type but prices vastly apart, induced by the optional outfit.

Of course, one should always consider the Income Approach, but utilization rates are sinking and rigs currently under operation often become idle given frequent contract postponements and cancellations, which transform valuation estimates more into academic exercises, rather than actual market values.

Other valuation tools include Cost methods such as Econometric Models based on single and multiple linear regressions that investigate the impact of various factors as well as combined operational and technicalfeatures on the replacement cost of jack-up rigs. Structural Econometric Models break down the total jack-up rig construction costs into classes and adjust such costs, backed by market data analysis, function of the actual operational and technical features of the rig to be valued. This method is particularly useful in modeling the Gross Replacement Cost of drilling rigs with different technical features and outfit.

As a final take away, in spite of the above difficulties (and many others not mentioned here), the Valuation profession has the means and tools to address and overcome the challenges of this particular market, recently exacerbated by the pandemic spectrum. This just requires more study, analysis, interpretation and consideration of a multitude of technical, financial and commercial elements. It is as simple as the saying, which is quite common these days: